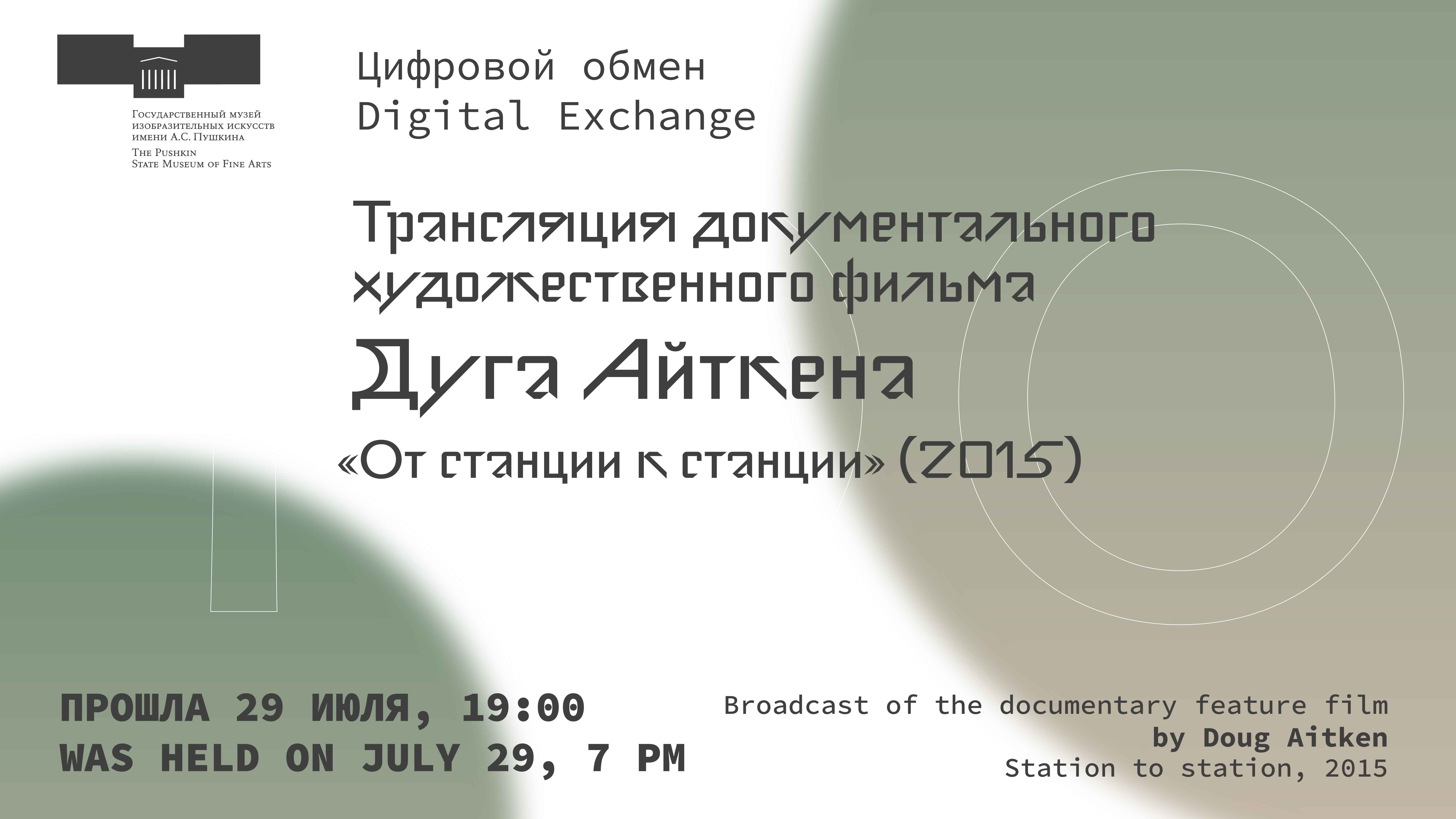 Station to Station is a visual kaleidoscope of 62 movies, each one minute long. The documentary sketches capture the events and characters of a journey organized by Doug Aitken. Together with artists, musicians, directors, writers they have covered the distance from the East to the West coast of North America by train in 24 days. The artist called the train itself "a fluid platform" and " travelling kinetic sculpture and cultural studio." Along the way, the nomadic community held more than 100 hapennings at different points of travel – from large cities to unnamed wastelands; 10 of the biggest performances were curated by Aitken. Each event was inspired by the place in which the artists found themselves, each was the result of meeting and exchanging ideas between people from different fields of art with various backgrounds and views. The journey led Aitken to the creation of a feature film from a huge archive of documentation. In addition, artist held a 30-day performance at the Barbican Arts Center (London) and published a book. Among the participants of the trip were the Beck, Olafur Eliasson, Patti Smith, Cat Power, No Age, Suicide and many other artists.