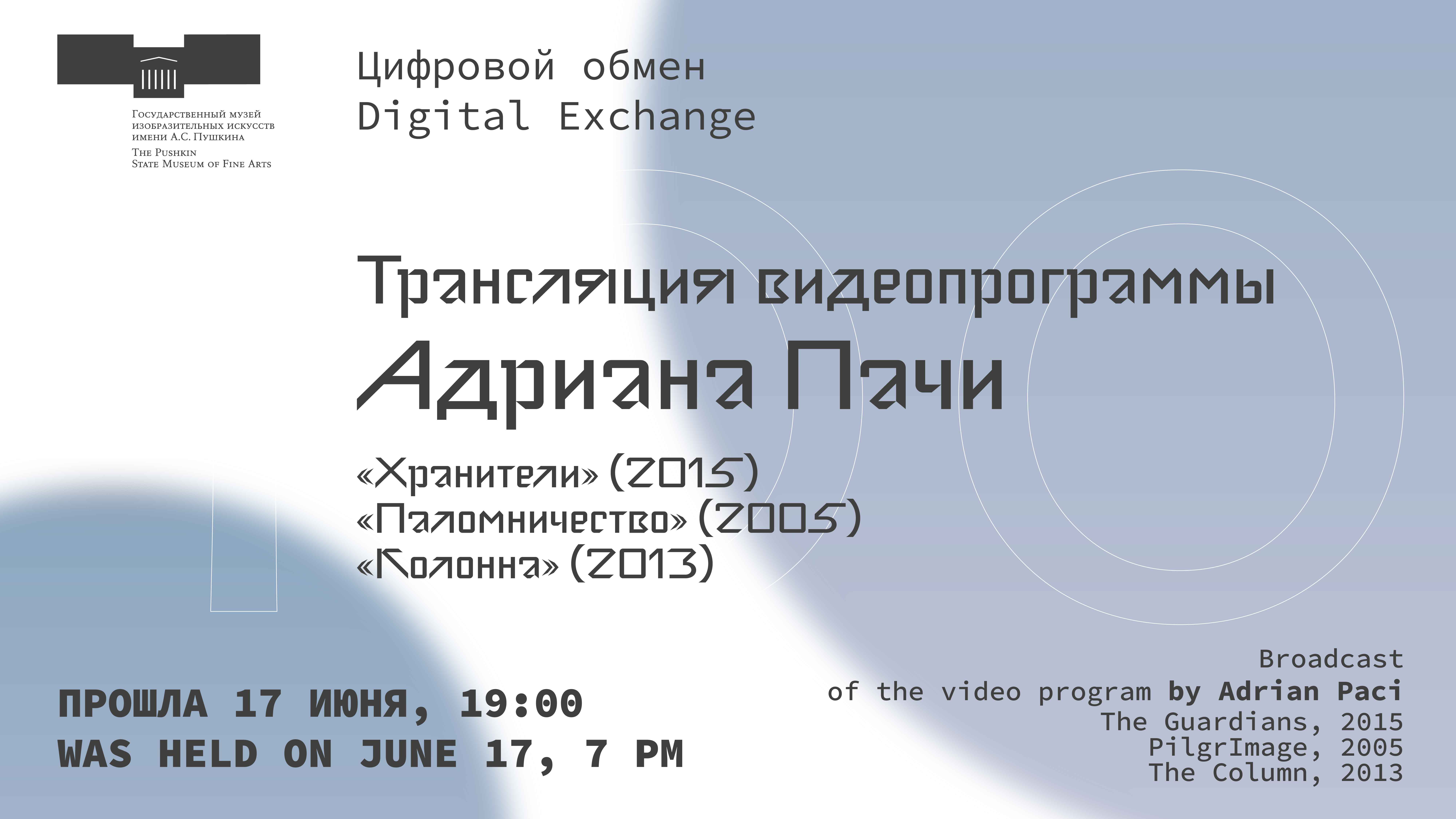 The video program brings together six pieces and covers ten years of work of famous Italian artist Adrian Paci. The first broadcast includes three works that are united by the theme of the connection of different generations and cultures.

“The Guardians” (2015) reveals a secret metaphorical life in an old Catholic cemetery in the hometown of Paci, Shkodër, Albania. The artist is inspired by a real story – in 1990 a group of teenagers came to the cemetery to clean the tombs of grass and dust, and became a new community in the place squeezed out of the social logics. A cemetery is a space of sacred symbols that have long been banned in communist Albania. It turned into a spot of secret encounters, expressions of sensitivity, free of social regulation, a place of dynamic connections in which memory is the only energy that can turn back the clock.

“PilgrIMAGE” (2005) creates a space of hope and deep synthetic faith, which includes elements of religious, historical and mythological thinking. In the 15th century, the city of Shkodër was conquered by the Ottoman Empire. According to legends the icon of a Madonna with Child was saved from the invaders by angels who brought it to a church near Rome. Even now, local people continue to hope for the return of the icon to the town. For them, the artist organized a display of the piece in which the icon located in Italy is recorded on video. Then in Italy, he showed a video of his hometown in anticipation of the return of the icon to it’s original home.

“The Column” (2013) was shown at the Venice Biennale of Architecture and the Busan Biennale in 2014. It traces the movement of a huge piece of marble from China to Europe. In the hold of the cargo ship, workers turn it into a refined solid column of the Corinthian order. This work is a metaphorical commentary on the globalization of cultural identity and the alienation of concept in the protocol of the capitalist economy, where production and delivery time shrinks to a point. At the same time, this is the image of the “creative Оdyssey” of the artist and the formalization of the thought – as unyielding and fragile as marble.