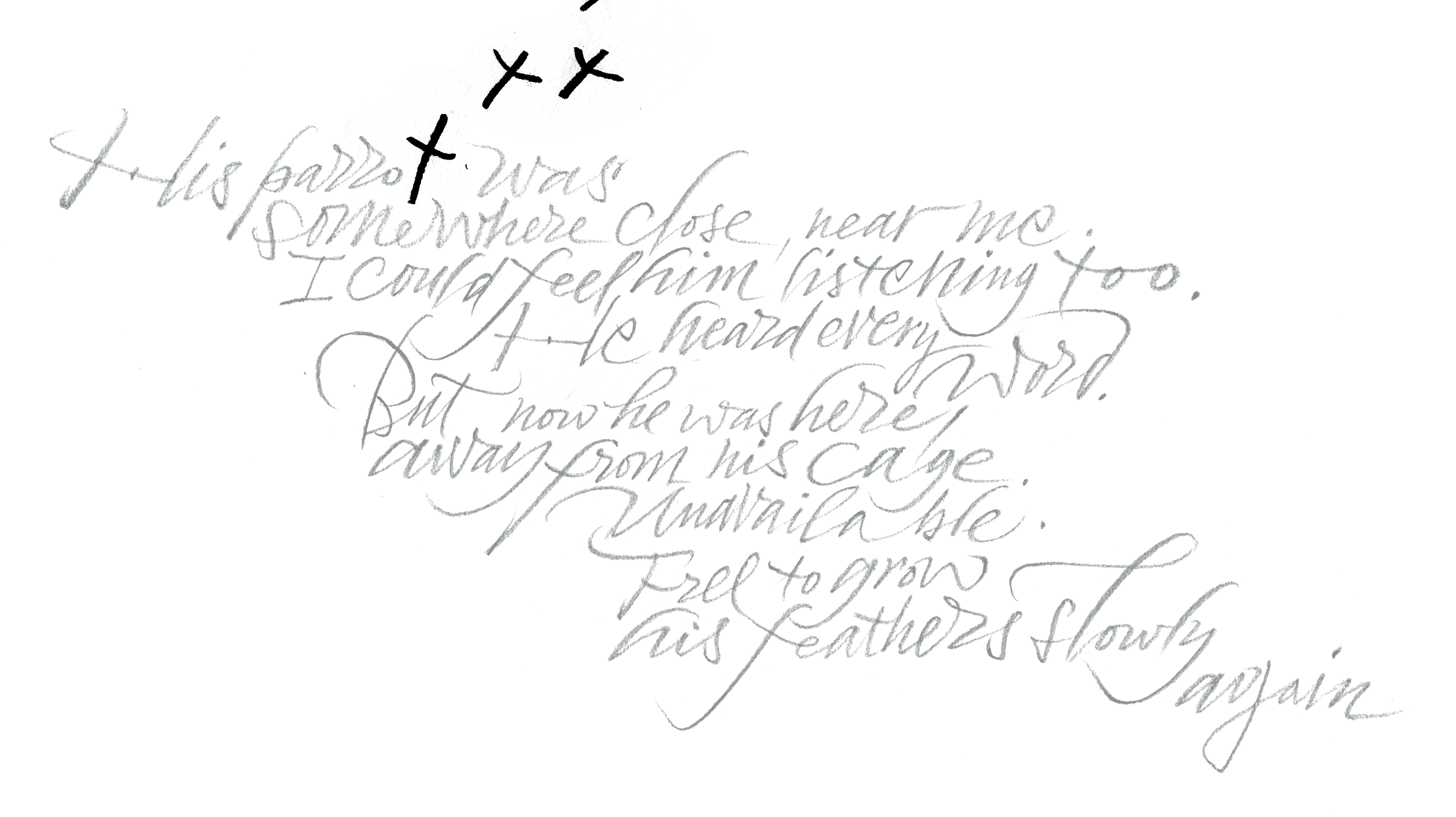 Natalia Toropitsyna. Illustration for the poem “Is Joe here?” by Joe Kilroy. 2020. For The Pushkin Museum project “100 Ways to Live a Minute”. Courtesy of the artist

She understands. I'm on the roof. I'm out of bounds, unavailable.

I hear the whole conversation below me.

Another of his parrots has run away.

I say run because his feathers had been cut. He can't have flown. But apparently he was a good jumper. So he could have jumped away. Up into the trees.

I am on the roof. On the same level as the trees and the breeze which come here but not. down. there.

I am above it all. But I hear every word, as if I was God.

This is where the dead people go. They are on the roof.
Unavailable.

They hear every word. All our conversations.

They listen, but say nothing.

They are several metres above the world’s gossip.

I was glad she didn’t fetch me. She understood.

Understood I was unavailable.

Understood I was listening with the dead.

His parrot was somewhere close, near me.

I could feel him listening too.

He heard every word.

But now he was here, away from his cage. Unavailable.

Until he felt ready to leave the dead and their gossip.

Our cat was close by me, sleeping. Trotsky.

His leg was twitching in his sleep.

This is where cats come, to avoid the worldy gossip.

I plucked two big juicy guavas off their branch and brought them down with me.

One had a nibble in it, maybe a squirrel. Maybe a bird.

But probably the parrot.

Two big guavas, the size of a decent respectable pair of testicles.

I have found my balls again, up here on the roof.

I hear everything, as I lie here with the dead.

I hug them close, I tell them I will be back soon.

I tell them I miss them, when I'm down below, and that nothing feels mundane up there.

It’s important, to find another dimension where you can go for a bit.

I remember a good book by a Japanese writer, where his main character liked to sit for hours at the bottom of a deep well.

It's all the same.

Somewhere different to sit alone for a while, with the dead.
With escaped parrots and sleeping twitching cats.