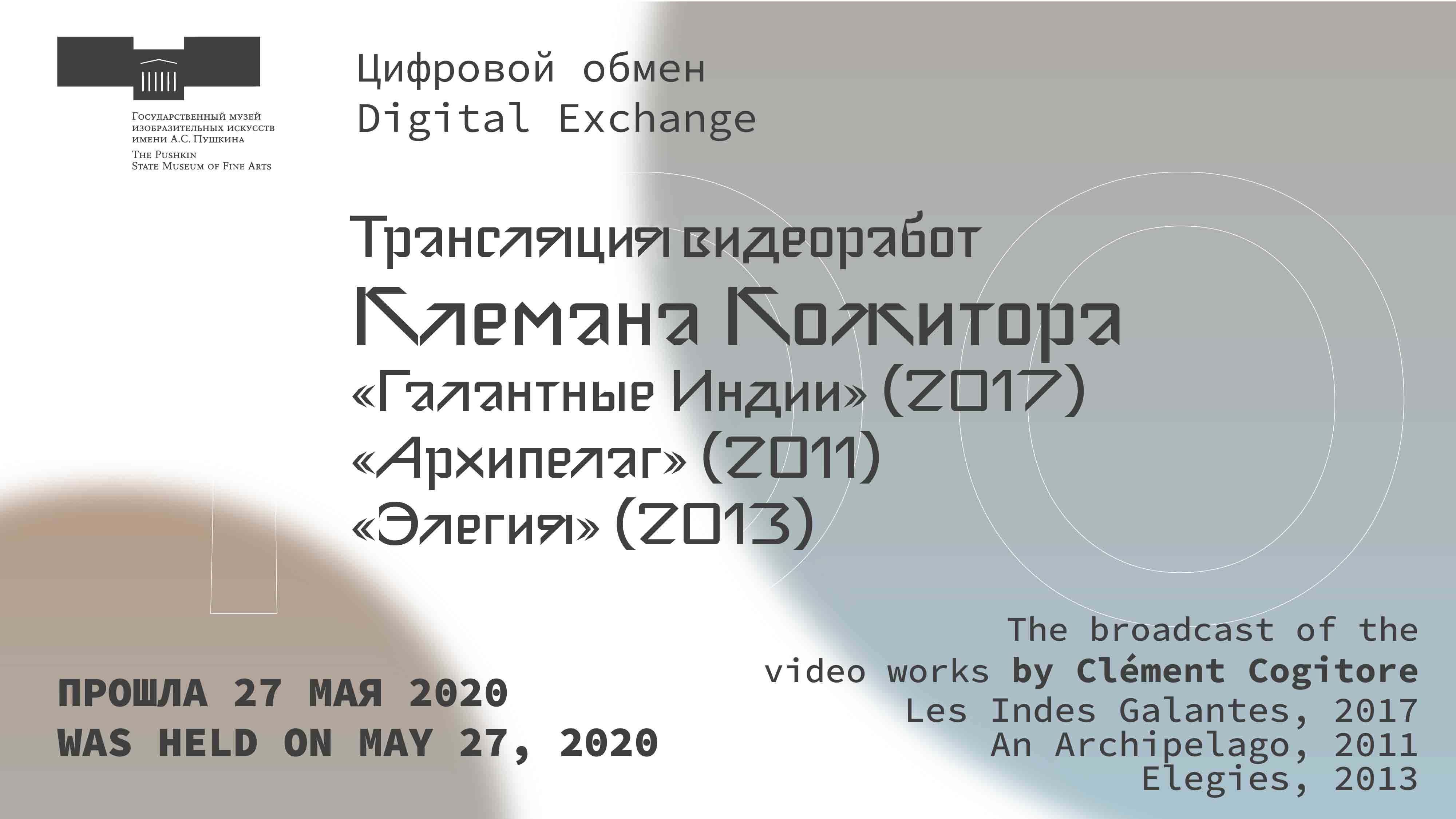 The video program shows the diversity of the expressive language of the French artist Clément Cogitore, winner of the prestigious Marcel Duchamp Prize. The first video of the show is “Les Indes Galantes” (2017), a short cinematic sketch to the music of the famous Baroque opera. The artist places the colonial epoch story in the space of street culture of the Krump dancers. The artwork received positive reviews from critics, and in 2019 Cogitore was invited as a director for the large-scale production of “Les Indes Galantes” at the Paris Opera.

The next video “An Archipelago” (2011) takes the viewer to another part of the artist’s universe, where he explores the incomprehensible mythical vision from the news agenda and images of mass consumption. On October 22, 2010, the British nuclear-powered submarine HMS Astute ran aground near the shores of Scotland during a crew transfer operation and became one of the most disastrous episodes in the history of the British fleet. The artist combines vague images of "found" footage, creating a metaphysical experimental noir. In the course of the video, the figure of the ship's commander, Lord Christopher Elyatsin, the Scottish aristocrat, one of the most respected officers of the British army, whose actions seem more and more strange, attracts the attention of the viewer. The boat becomes an “unidentified cinematic object”, which constrains the crew members and seems to possess its own will and dismal appeal.

The video "Elegies" (2013) continues the meditative rhythm of the program, again showing the artist's sensitivity in his use of sound. Cogitore captures hundreds of screens of telephones hovering above the crowd and displaying a white stage light that resembles the divine “Fabor” glow in religious painting. We get an elusive impression of an electronic music concert beyond the mosaic montage of luminous gadgets. The lines from Rilke's Elegies rebuild the rhythm of the video, which now resembles the Digital Liturgy.