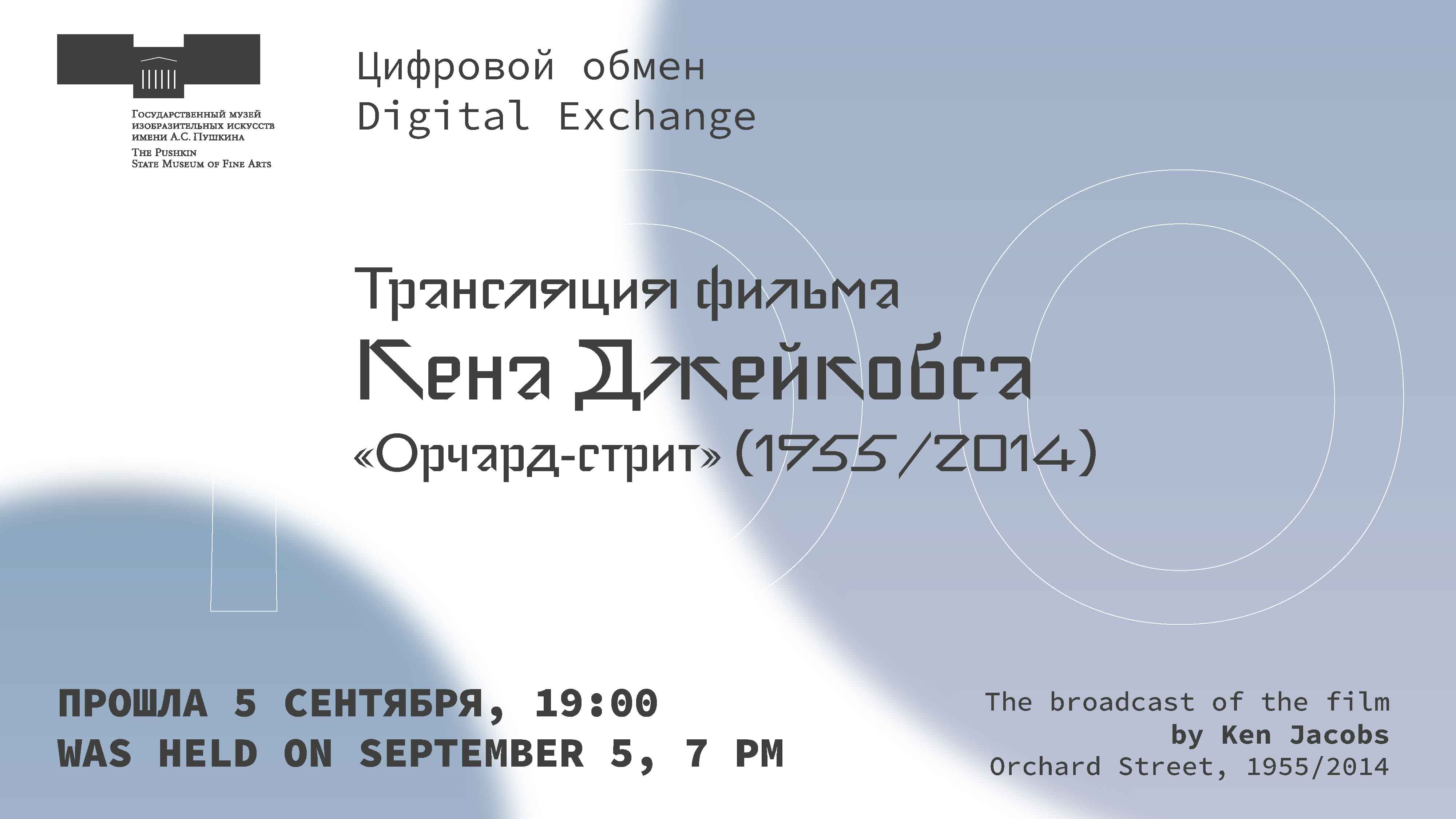 Autumn season of the “Digital Exchange” opens with a week devoted to the art of Ken Jacobs, a filmmaker included by the Whitney Museum in the list of 100 Greatest Artists of the 20th century. Ken Jacobs is a living classic of para-cinematography – a direction that does not fit into the canons, genres and aesthetics of academic cinema. The viewers are offered three screenings that include both examples of the artist’s early research (“Orchard Street”, 1955/2014) and his experiments of recent years (“Capitalism: Slavery”, 2006; “Capitalism: Child Labor”, 2006; “Another Occupation”, 2011; “RAZZLE DAZZLE The Lost World”, 2006).

The week begins with a screening of the work “Orchard Street” (1955/2014). This half-hour visual essay documents the daily life of Orchard Street – a commercial street of the Lower East Side in New York. This is the first work filmed by the artist. He says that it belongs to the genre of “non-film”, as the artist calls his experiments. Today, Ken Jacobs’s film works dedicated to the city and urban life become time machines, since many of the streets that he filmed changed their appearance and purpose. This way, the Orchard Street turned into a gentrification cluster with restaurants and boutiques opening in place of discount stores from a shopping street, inhabited by European emigrants who fled from the horrors of World War II. At first sight, a visual sequence grabs chaotic details of the landscape, while, in reality, it records in precise details (or even catalogues) the world now vanishes. And there are skilled editing and change the focal distance that became tools of this systematization.

For nearly 60 years, the work existed in an abridged version, as the distributors have restricted the artist to the running time of 12 minutes. In their opinion, it was a limit for a documentary to hold the viewer’s attention. In 2014, the artist and his daughter restored the original 27-minute version, that is included in the current programme.