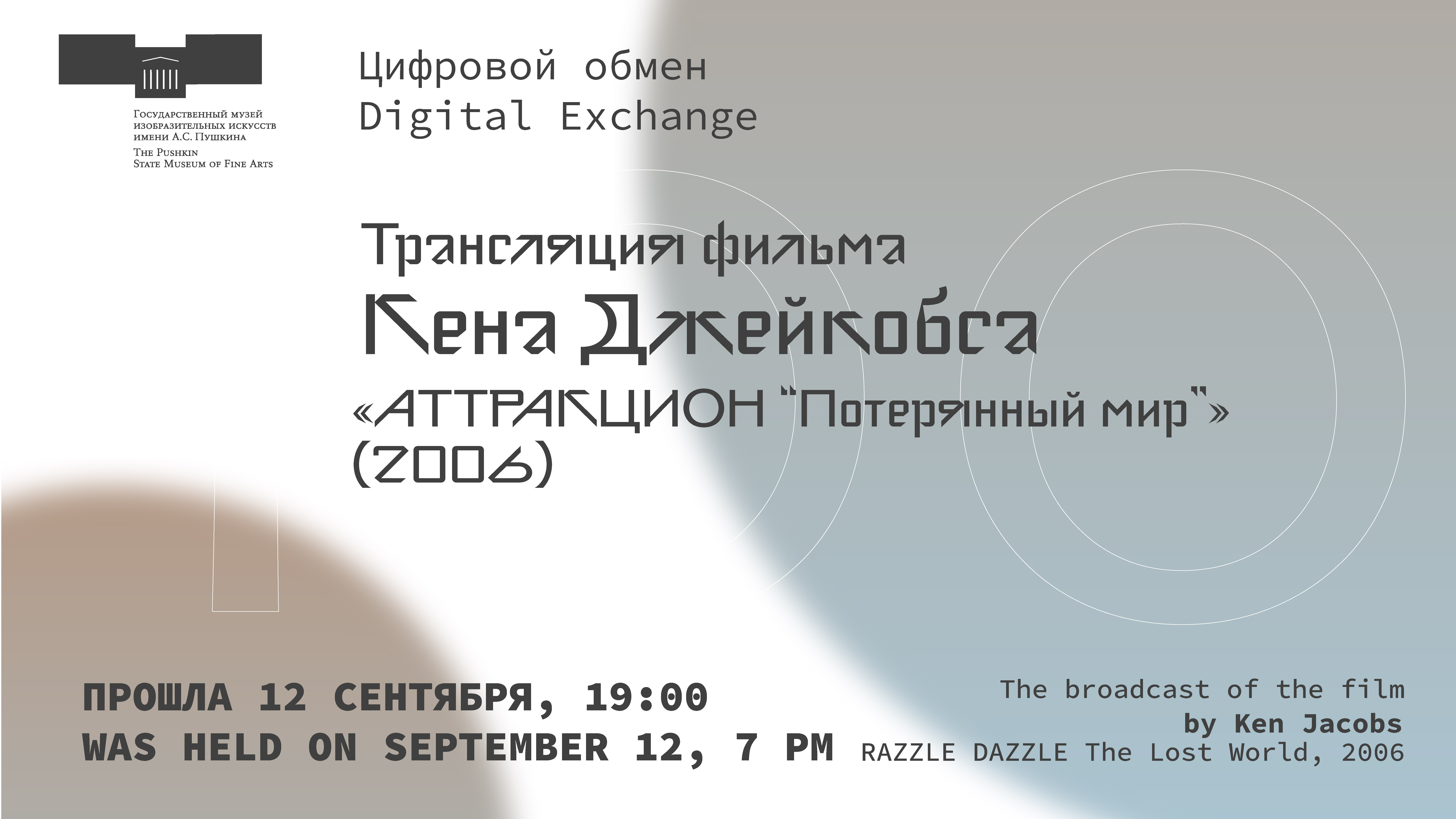 On the closing day of screenings of the works by Ken Jacobs, the audience is offered to see the piece “RAZZLE DAZZLE The Lost World” (2006), that continues artist’s study of works created at the dawn of cinema, and his experiments with found footage. The basis of a 92-minute film by Jacobs is a minute material shot by the studio of Thomas Edison in 1903 (people happily ride a carousel at a fair) and stereoscopic photographs of the early 20th century. With the help of digital technology, Jacobs creates his bright fabric of visual imagery rich in textures and details. A visual journey of a viewer follows the experience of the characters of the Edison’s studio’s film – an infinite rotation, a kaleidoscope of images and sounds that can easily make you dizzy. This multi-layered collage reminds Rorschach’s tests: consciousness of a viewer completes blurred, sometimes ghostly images on its own. Toward the end, the film takes up an anti-militarist tonality, that is of utmost importance for the artist. Here, he refers to the experience from World War I through the words of Thomas Edison and photographic material that Jacobs uses to complete his work. And, looking back, a viewer understands that the entire work is an anti-militarist manifesto that criticizes American politics, and the piece offers constant hints to such a reading.