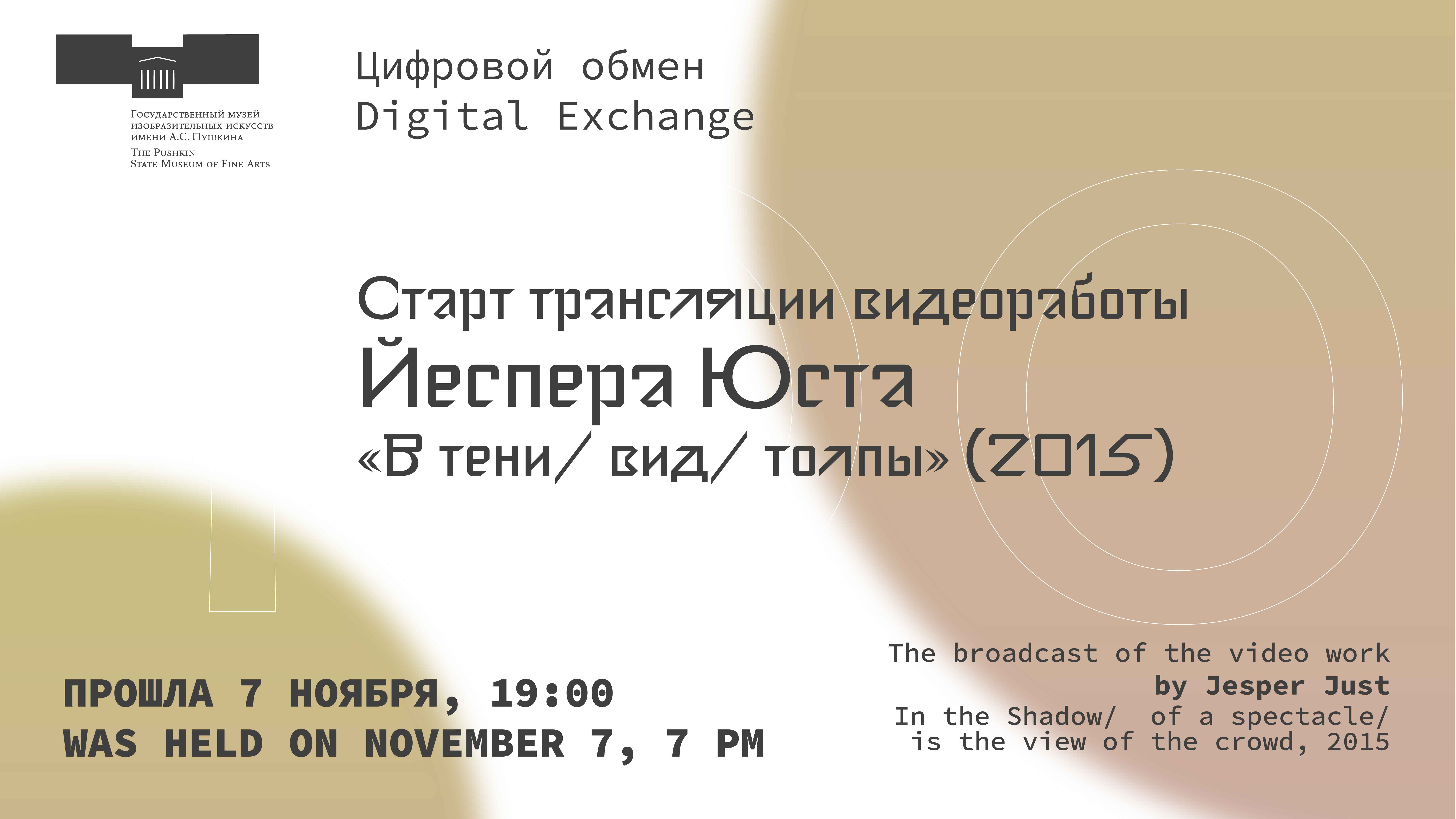 Jesper Just. “In the Shadow/ of the spectacle/ is the view of the Crowd” (2015). Single-channel video installation, 60”. Color, sound. Perfoma biennial NYC 2015. Courtesy of the artist

The video work by Danish artist Jesper Just, “In the Shadow/ of the spectacle/ is the view of the Crowd”, was created as part of New York's famous “Performa” program in 2015. The installation carried visitors into a translucent labyrinth built on the 43rd floor of a building in Brookfield Place. The thick curtain left the audience with only a few viewports. A deeper, voyeuristic experience was synthesized within the total piece. An artist-directed video and sound event system created an alternative view of New York.

One of the main themes of the work “In the Shadow/ of the spectacle/ is the view of the Crowd” is the closed, but completely permeable to the observer life of a person who is into the network of urban infrastructure. The qualities of such life: energy efficiency, autonomy of air circulation systems, sound pollution, and in contrast - frightening and unnatural insulation of office spaces, and most importantly - the inexorable transparency of glass and plastic, chained in the rigid steel edges of buildings. Within the aesthetic system of the Just's art, the global architectural style works as an ultra-discharged point of reference for the emergence of a hero. In its fragility, it echoes the ghostly world of the business district but does not merge with it. As the silent character of neo-noir, he retains an elusive and compelling depth that the eye of the lens is trying to find. Only the endless "zoom in" does nothing but blur the details even further.

On the contrary, in the work, music becomes more and more distinguishable. According to the laws of physics, we cannot hear the sound in the office of the neighboring building. Perhaps the pickup, amplifier, and repeater convey the brute force of the bass to the artist. Perhaps this disembodied observer is completing the minor melody in his imagination. Or so the hypnotic, airless distance between skyscrapers sounds like that. In any case, music remains the only reliable cipher for communication between the heroes of this strange world.