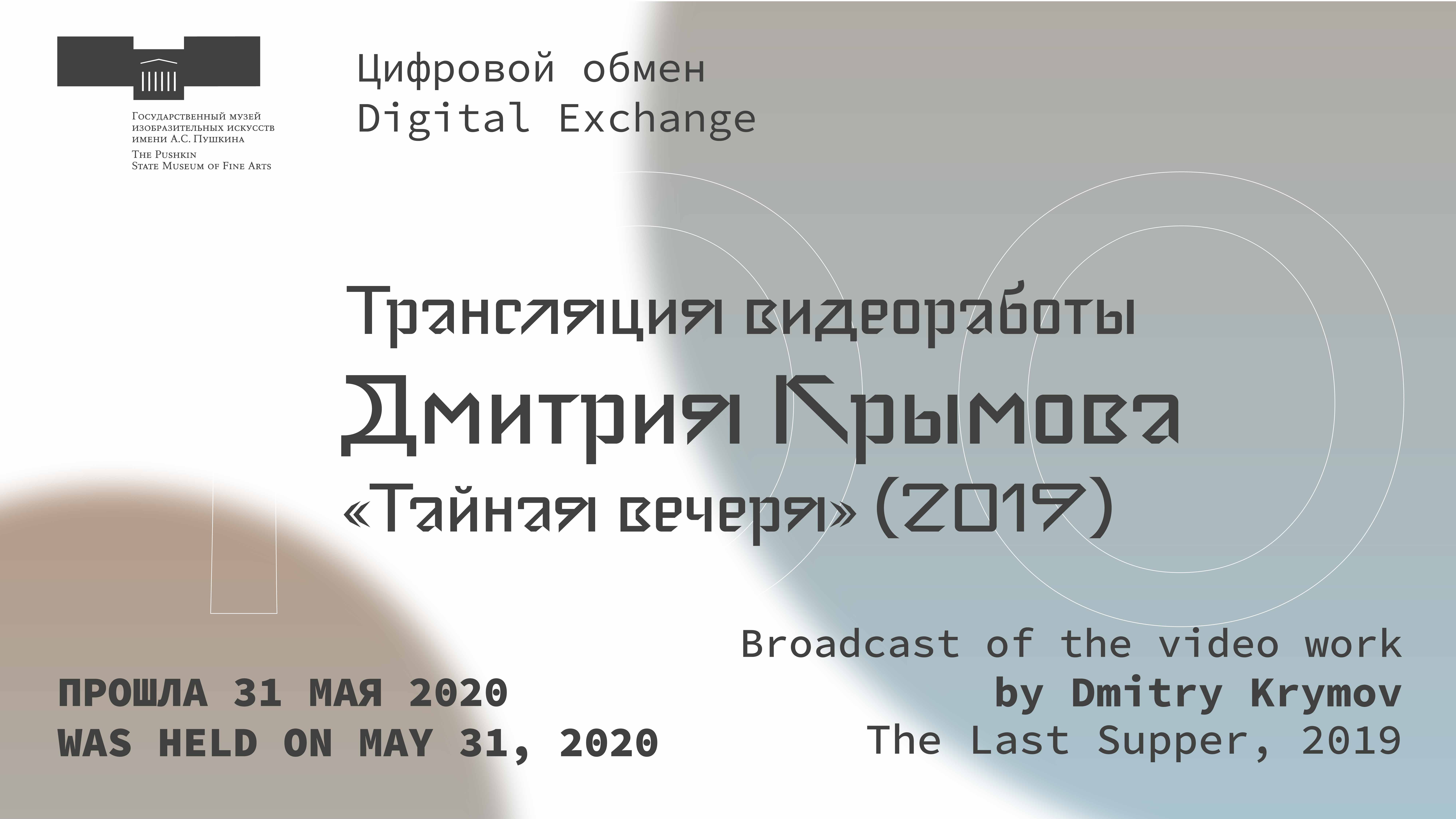 Dmitry Krymov. The Last Supper. 2019. Mixed-media installation, 16’00’’. The work was created with the support of the Stella Art Foundation

In The Last Supper (1563–1564) from the church of San Trovaso, which formed the basis of the work by Dmitry Krymov, the topic of communion comes to the fore. The sympathy for ordinary people passes through the entire art of Tintoretto, who collaborated with the charitable confraternity Scuola di San Rocco for more than twenty years.

In the San Trovaso composition the artist placed the sacred scene in the basement with modest furnishings and portrayed its participants as ordinary people surrounded by everyday details. However, the scene is filled with dramatic energy due to compositional effects: the usual perspective is broken, and the participants are involved in the dynamic circulation of what is happening. Tintoretto’s experimental approach was so much ahead of his time that Jean-Paul Sartre called him the first film director in history.

For Dmitry Krymov, an important dimension of Tintoretto’s art is his attention to the details of everyday life, from which the miracle emerges. Krymov is fascinated by the way the Venetian master used the smallest everyday details to create compositions full of deep emotions that permeate the whole space and engage the viewer. This totality of Tintoretto’s compositions makes them close to theater. Krymov, in turn, develops the multi-layered spatial scenery of The Last Supper and combines cinema and performance in his work.

Following Tintoretto, Dmitry Krymov seeks to show the sublime in the ordinary. Interpreting The Last Supper, he creates another reality at the altar of San Fantin church, based on trompe-l’oeil (visual illusion), which makes the viewers doubt the accuracy of their perception. The scene of the supper is placed in contemporary setting, but it does not end there. Static figures turn into live characters and vice versa. Where our reality ends and where the storyline is played out — remains a mystery and breaks the regular rules of perception of a film narrative.

An important component of this dramatic work is the musical accompaniment. The composer Kuzma Bodrov wrote music specially for this work, drawing inspiration from both the storyline and the visual language of Tintoretto. In graduate school, Bodrov studied the works of Giovanni da Palestrina and the Renaissance music, and later he composed several pieces for the mass of His Holiness Pope Benedict XVI.

They key parts were performed by Anatoly Bely, the Honored Artist of Russia, and Olga Voronina, actress of the Chekhov Moscow Art Theater. The expressive acting, music, light and the originality of director’s intention force the artwork out of the framework of the painting-projection to overwhelm the 16-meter vaults of the old church. Artists of the work are students of Dmitry Krymov at the Russian Institute of Theater Arts – GITIS, who supported a special performance at the opening of the project in Venice in 2019.

The work was created with the support of the Stella Art Foundation.