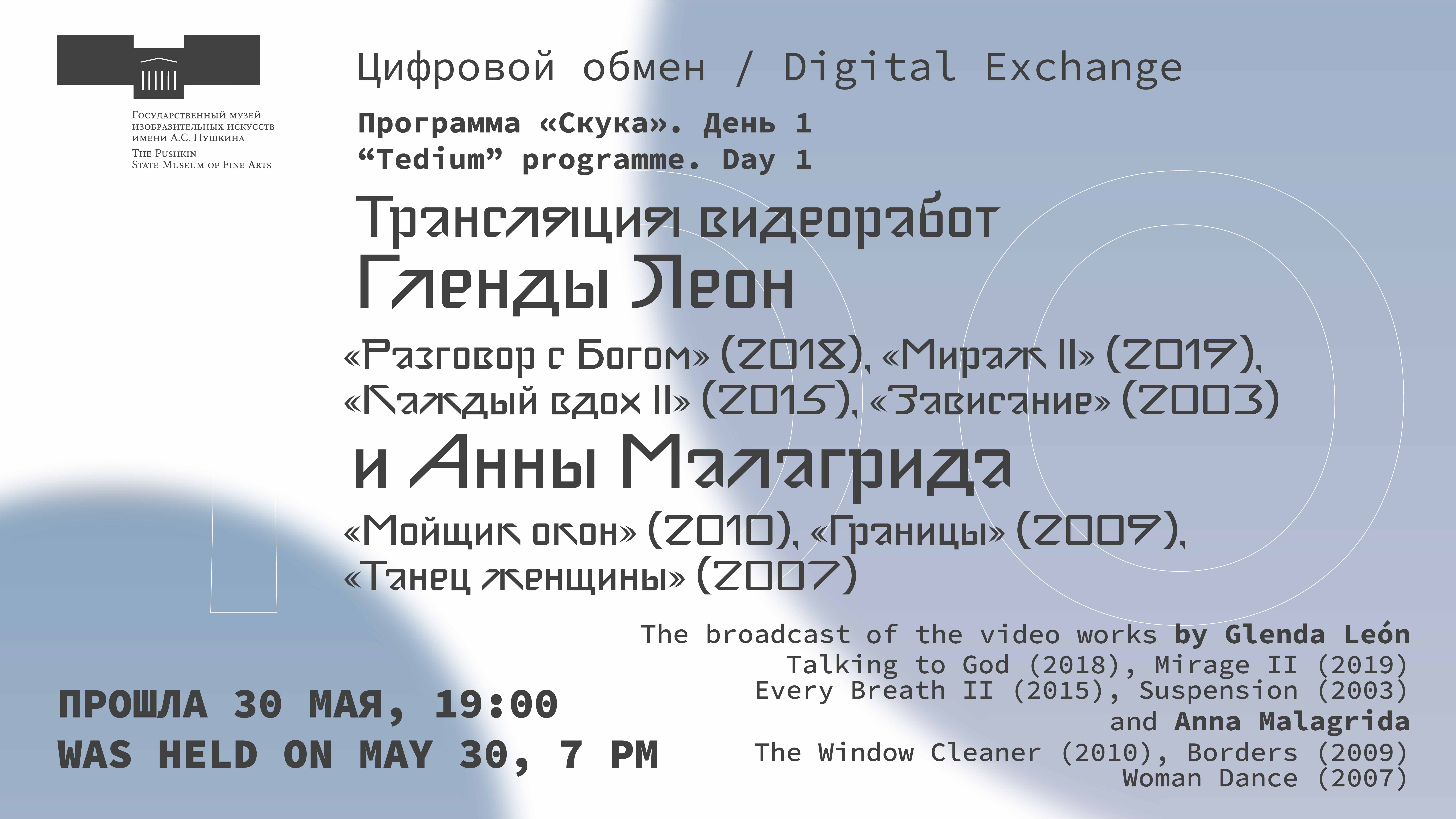 Artworks by a Cuban artist Glenda León (b. 1976) were shown during the first day of “Tedium” programme together with the pieces by a Spanish artist Anna Malagrida (b. 1970). These artists are connected by the lyric tonality of their works, and by their attention towards the topic of division as well. This division can be both physical — between inside and outside, — and metaphorical — between personal and common. For constructing or revealing those borders, the artists turn to the contrast technique — between darkness and light, sound and silence, ephemeral and eternal, while each reality hides another one beneath.

In the work “Talking to God” (2018), that opens the screening programme, we find ourselves in a Baroque church filled with worshippers, bathed in an ethereal glow. Who do they pray to? Angle change makes a viewer see that the worshipers are fixed not on contemplating the divine, but on brightly lit screens of the mobile phones. Sacral space of communion becomes another space for individuality. Or, maybe, the heroes find their unity in the digital world?

Light and weightless, dozens of butterflies flying backwards fill the sky in “Mirage II” (2019). Where do they come from and where are they going? The artist sees those butterflies the same way as human beings, as emanations of the Cosmos energy, that created our whole universe. The same energy fills them with immense strength: suddenly, the butterflies stop their flight, and their fragile bodies stoop down, breaking the prism of perception used by the viewer.

In a short piece “Every Breath II” (2015), the artist fills such a simple action as breathing with deep metaphorical meaning. It becomes a bridge between the body and the world, as every time we inhale, we take something from the world, and every time we exhale, we give it back something. Video reminiscent of breathing techniques that help slow down and take a look on the world around. Is there a sense in installing divisions, that human beings develop — in this world of endless interlacing?

“Suspension” (2003) is a closing piece by Glenda León in the programme. Based on the contrast of slow-motion imagery and dynamic sound, the artist reveals contradictions between imagination and reality, the ethereal and the earthly. And the minute of the work becomes for the viewers a moment of choice — are they ready to levitate together with the heroine or they prefer some hustle.