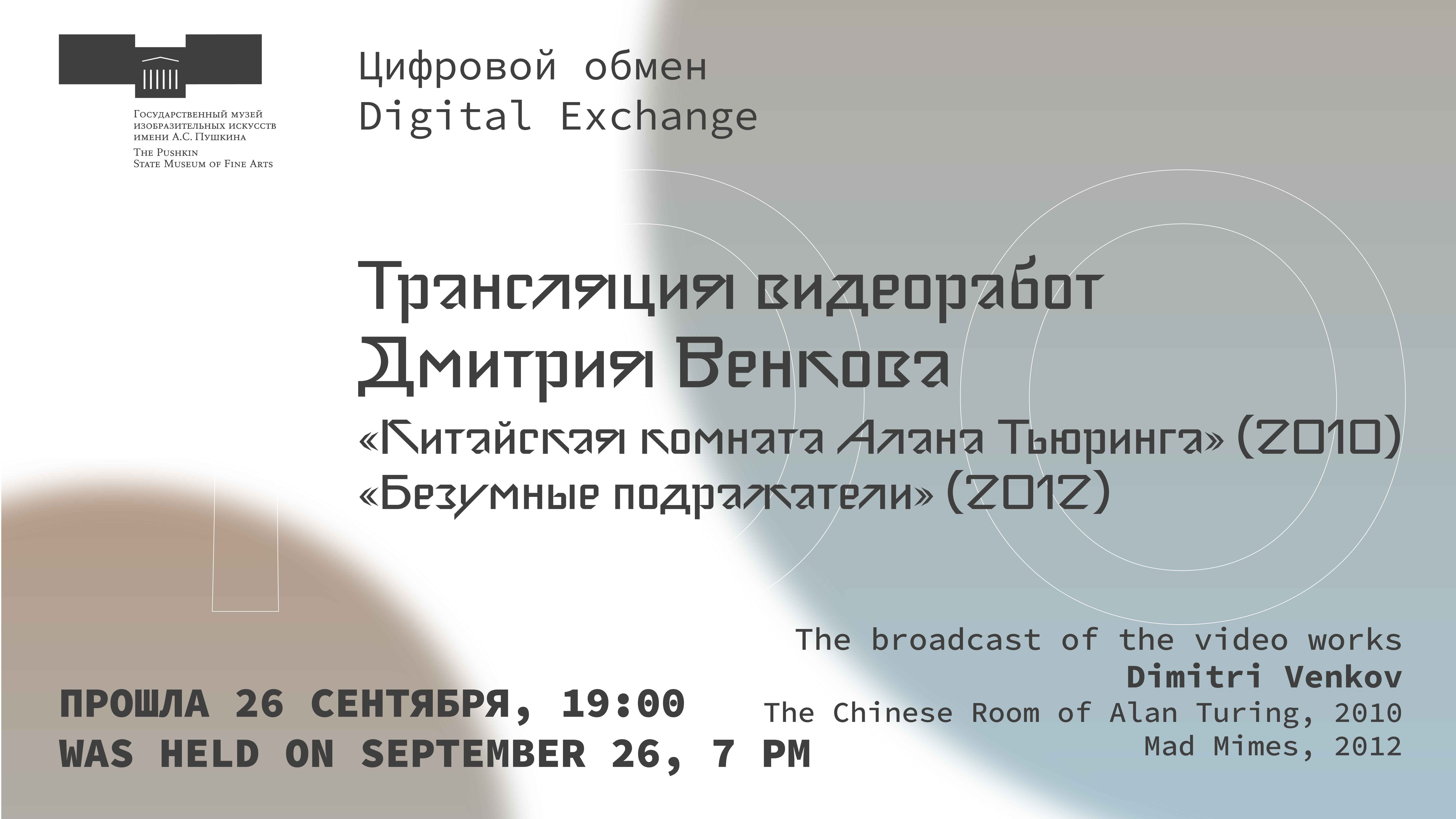 In his art practice, Dimitri Venkov has repeatedly been turning to the mockumentary genre, that in its form is made as a documentary cinema with all its attributes – from interviews with experts to documentary video evidence – but at the same time, an artist’s research is based on false or parody facts. Thus, the directors of mockumentaries put together “a false story from the beginning to the end – events that never happened, fraudulent facts, fake experts and counterfeit records,” according to а theorist of media art Olga Shishko. But Venkov is interested in the deconstruction of not only and not so much the visual language and principles of the documentary film, as the audience’s practices of perception of such cinema. The artist strives to convince viewers that everything shown on the screen is true, to make them doubt their own reason, thereby placing a viewer into the space of a semantic gap. This methodology manifests itself in both of the artist’s works included in the program – “The Chinese Room of Alan Turing” (2010) and “Mad Mimes” (2012).

“The Chinese Room of Alan Turing” is one of the first works of the artist. Here he postulates basic principles of his artistic language. Viewers, along with a foreign delegation, pay a visit to an imaginary (or real?) Cybernetic laboratory, where research on the creation of artificial intelligence is carried out. The central role in this research goes to the scientists of the Laboratory for cybernetic dietology. While watching the piece, viewers, together with the delegates, begin to doubt the reality of the research presented to them. Still, the confidence of scientists seems to leave no room for doubt.

The next video of the program is “Mad Mimes”, a piece that gave the artist the Kandinsky Prize in the nomination “Young Artist. Project of the Year.“ The half-hour film is an anthropological study of a fictional tribe living in isolation in the vicinity of the Moscow Ring Road and existing by collecting roadside garbage. The film examines the sociological and cultural practices of this tribe, its economic structure. An important place in the life of the tribe is taken by the space of the ritual: the head of the tribe is a shaman, played by the artist Sergey Pakhomov (Pakhom). In this work, Venkov follows in the footsteps of an ethnographer and anthropologist Jean Rouch, who was one of the first to use the means of cinematography in anthropological research on a systematic basis. In particular, the artist refers to Rouch’s film “Les Maîtres fous” (“The Mad Masters”) (1955), where he borrows the structure of the ritual from. Art critics Alexander Evangeli and Oksana Sarkisyan and artist Arseny Zhilyaev act as experts in “Mad Mimes”, commenting on the life of the tribe quoting Bronislav Malinovsky, Claude Lévi-Strauss, Michael Taussig and other anthropologists, thereby intensifying the pseudo-realism of the world of work.